Elephant and Castle has been an important junction since
Roman times 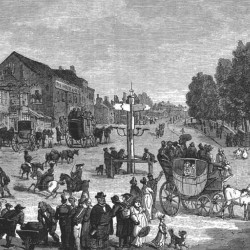 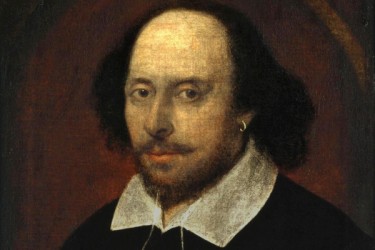 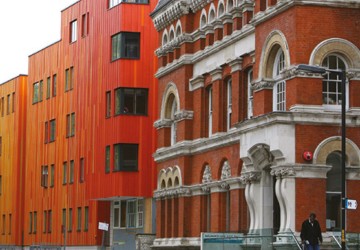 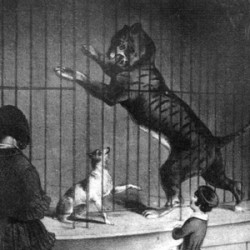 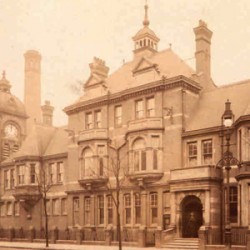 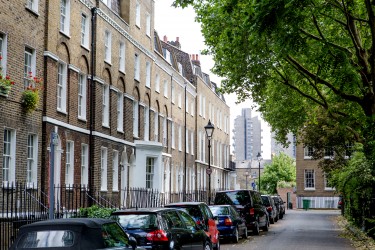 Elephant and Castle has been an important junction since Roman times.

However, it takes its name from a local pub built many centuries later.

Old Kent Road and Newington Causeway, two of the main roads which converge at the Elephant, roughly follow the path of two Roman routes – Watling Street and Stane Street – which led into Londinium via an early incarnation of London Bridge.

For much of its life, the settlements either side of this junction were two separate villages, Newington and Walworth, set among market gardens, fields and open marshland.

During the eighteenth century, as new bridges were built across the Thames, the area was transformed into a fashionable Georgian commuter suburb and by the Victorian period, industry and transport had led to a population increase. By the end of the century, the area was home to a diverse mix of people, living in everything from large detached Georgian homes to modest almshouses to traditional terraces.

WW2 bombing destroyed much of the area

It was between the 1890s and the 1940s that Elephant and Castle really came to life, earning its reputation as the ‘Piccadilly of the South’. Residents had top quality entertainment on their doorstep: the Elephant and Castle Theatre, the Trocadero and the 4,000-seater South London Palace of Varieties all played host to the stars of the day such as Dan Leno and Marie Lloyd as well as a young Charlie Chaplin. Other entertainment and leisure facilities included dance palaces, ‘penny gaff’ theatres and the Royal Surrey Gardens Music Hall.

Commerce boomed, with grand new department stores like Rabbit’s Shoes, Hurlock’s and William Tarn & Co. Religion and welfare were originally centred on the ancient church of St Mary in Newington. Nearby, a huge Baptist church – the Metropolitan Tabernacle (which still exists today) was built for CH Spurgeon, ‘the prince of preachers’, while the Lock Hospital was located near Lock Fields, the site of the present-day Elephant Park development. Housing included the Drapers’ Almshouses in Cross Street, terraces of townhouses in New Kent Road and elegant mansions in Marlborough Place.

Best of all, Elephant and Castle was easy to get to. 1829 had seen the arrival of the horse bus followed by the first overland rail link in 1862. In 1890, London Underground’s Northern Line reached the area and, soon after, came electric trams in 1903, motorbuses in 1904 and the Baker Street and Waterloo (now Bakerloo) Line in 1906.

Although Elephant and Castle thrived in the late 19th and early 20th century, it also faced many problems. Slum developments grew up to house the expanding population and many residents faced increasingly poor living conditions.

Bombing destroyed much of the area during the Second World War. Afterwards, 50 acres were identified for redevelopment. High density, slab-block estates and a large gyratory road system replaced terraced streets and bombsites. The dance hall at the roundabout’s centre was replaced with an electricity substation named the Michael Faraday Memorial, in honour of the local scientist who pioneered research into electricity.

In the early 1960s, the Elephant and Castle shopping centre was built, the first of its kind in Europe. This has been one of the defining aspects of the district ever since. Due to be redeveloped as part of the new town centre, it’s one of the main elements of the current regeneration programme, alongside Elephant Park.

The area has historical associations with many famous and notable people. These include the film stars Charlie Chaplin and Michael Caine; the scientists Michael Faraday, Charles Babbage and John Newlands; artists, writers and poets including Thomas Middelton, Elizabeth Siddle, Samuel Palmer, George Tinworth, Robert Browning and Austin Osman Spare; the philosopher Mary Wollstonecraft and two Victorian pioneers in the fields of health and housing, Sarah Wardroper and Octavia Hill.

You can find out more about the Elephant’s past at the Southwark Heritage Centre and Walworth Library in Elephant and Castle or online at the borough’s heritage site.

You can find out more about the history of Old Kent Road at oldkentroad.org.uk.