Faye Gomes brings a taste of Guyana to Castle Square 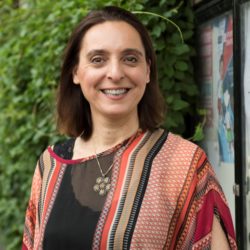 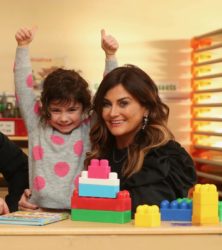 Asked if she likes her new premises in Castle Square, the owner of Kaieteur Kitchen Original, Faye Gomes breaks into a huge grin.

“Like is not the word. This is much more than like. This place is a home away from home” Faye declares, enthusiastically.

Just over a year ago, Faye moved from a stall in the Elephant and Castle shopping centre to a new, larger unit on the first floor of Castle Square.

It is Wednesday lunchtime and the place is bustling. All the tables, and the window seats overlooking Elephant Road, are taken and Faye and her staff are busy flitting between the dining area and the kitchen; taking phone calls and orders at their takeaway counter; carrying plates piled high with food, and chatting and laughing with customers. Many are regulars (who call Faye ‘Aunty’) but some are visiting for the first time (and chances are they’ll return).

“People say the service is nice, the food is wonderful and the price is really, really good. They say that we make them feel happy so they’ll be back” beams Faye, who describes her cooking as “Guyanese food with a twist.”

“Some dishes come from when I attended catering school in Guyana, but others are recipes I’ve created, myself” she explains.

Faye came to London in 1992 and worked in kitchens around the capital as well as cooking for clients from home. A decade later, someone mentioned that there was a Guyanese stall for sale in Elephant and Castle shopping centre. Faye jumped at the chance to open her own place and word soon spread about her delicious food. Kaieteur Kitchen has since acquired a reputation as something of a hidden gem and has regularly featured in guidebooks and foodie websites.

However, more recently, Faye says that uncertainty about what was happening with the shopping centre took its toll, especially in the months before it finally closed.

“When Tesco and the bingo and the bowling went, there were no customers coming in and that was hard. My health suffered and I thought about giving up but I’m so glad that I didn’t. I just love what I’ve got now” she says with another huge smile.

Castle Square’s designers, Prosper, have decorated the food counter with the colours of the Guyanese flag and created stunning black and white photographs for the walls. The placemats feature Kaieteur Falls, after which the restaurant takes its name. “It’s the world’s largest single-drop waterfall and people love seeing the pictures when they come in” says Faye. “It has all been so beautifully done.”

On arrival, everyone is offered a complimentary homemade fruit punch. Then they take their pick from dozens of dishes ranging from patties and tarts to vegetarian pumpkin stew, curried chicken and fish. Most are served with fried plantain, roti or rice.

On Fridays and Saturdays, Faye does specials, including homemade black pudding. And, once a month, they have pepper pot, which has become a firm favourite with regular customers.

“Guyana is very multicultural, so there is a huge variety of food” Faye explains. “Pepper pot is a traditional, Amerindian dish from the interior which uses four different meats and cinnamon and cloves. It also includes cassareep, which is a brown, spiced sauce. People love it!”

Another popular dish is coconut lamb. Faye created the dish for a charity event for Baroness Amos. Amos was born in Guyana and is a big fan of Faye’s food. Everyone enjoyed it so much that Faye added it to the menu as a permanent fixture.

The restaurant regularly receives five-star reviews online and this summer it was featured in The Financial Times when a journalist interviewed Sir Simon Stevens, the outgoing boss of NHS England there.

Many participants in the Lunch with the FT series choose city restaurants or Michelin starred establishments but Sir Simon opted for mutton curry and homemade punch in Elephant and Castle. He had spent a year in Guyana after university and has been one of Faye’s customers for many years. The article takes pride of place on the wall with a note to Faye that reads “Thank you for all the wonderful times.”

The restaurant also appeared, recently, in Virgin’s inflight magazinne Vera, after a food blogger tipped them off.

“They were keen to feature small businesses, so we chatted on the phone and then they came and took pictures. A few weeks ago, a customer was on a flight home from Jamaica and saw us. So I’m trying to get hold of a copy” says Faye.

“People come here from Enfield and Croydon and we have someone who regularly comes from Luton just for our black pudding” says Faye.

Not long ago, they had a party of customers from Birmingham.

“They decided they just wanted a day out in London, with something interesting for lunch. They were Trinidadian and told us they’d found us online” explains Faye, adding “lots of people from Trinidad like our food.”

“They came here for lunch and then spent the day locally. One of them went to have her hair done and they went and did some shopping in the Chinese supermarket and then they came back again for more food before they headed home!” Faye laughs.

“They came to visit London and ended-up having a beautiful day in Elephant and Castle.”

A version of this article was first published in the Elephant Magazine, Autumn 2021